Sometimes I forget to post updates here, too! If you want to follow Tailor Tales' progress, you can check out the Blog or find biweekly updates on the Patreon.

Anyways, onto the update! What has happened since the last post? 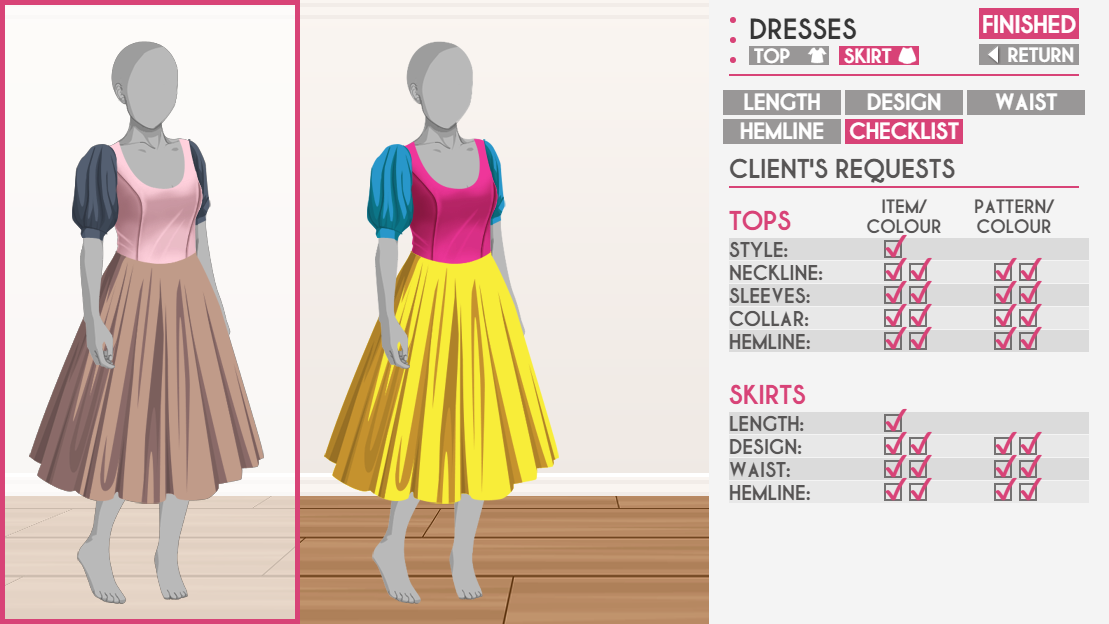 A newly added feature is the checklist. Clients will now show what they want with a checklist, so you can tell whether or not something is missing. This is very useful for when you've got the wrong colour for a certain pattern. This feature is already present in the free version of the game. 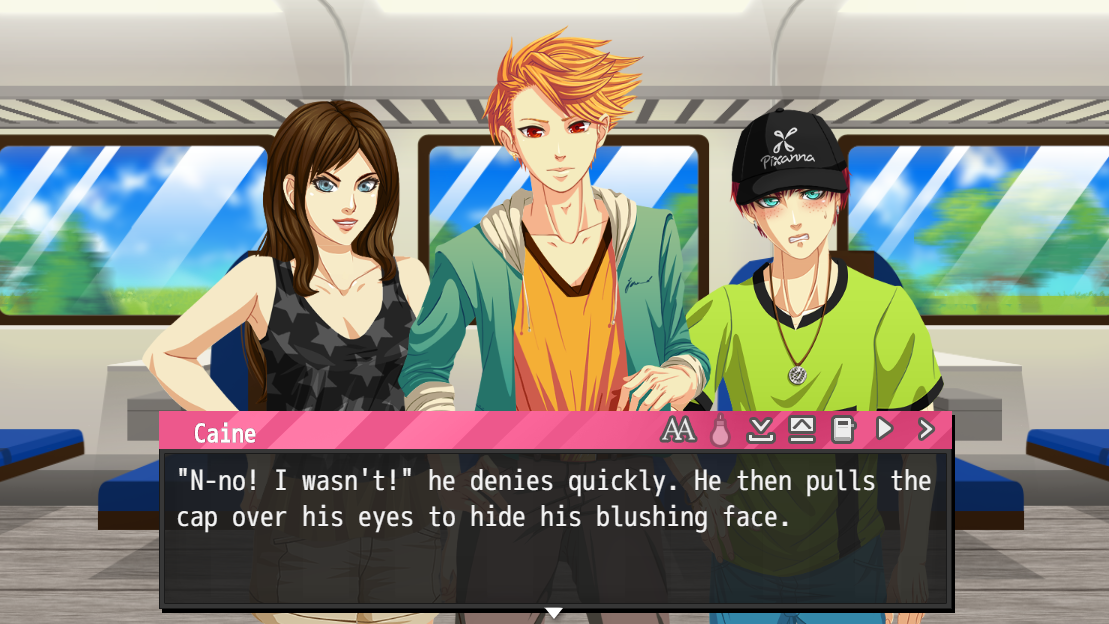 Another new feature is the ability to change the font size of the text in the window while reading. You can toggle between small (default), medium, or large. This feature is currently only available to early access users.

Then a huge feature I want to add is the Fashion Events. I have not yet started working on it as I'm still brainstorming (also working on Caine's route, obviously), but I have the general idea and a couple of mock-ups.

Some players said the game could get boring and repetitive, especially when you bought everything in the store. Adding a few more items to buy doesn't exactly fix this issue. So I thought about it and came up with another minigame where you enter a fashion event. You will unlock fashion events with gold (as well as requiring tailoring exp), which makes it an excellent gold sink (players had too much money they couldn't use). Each fashion event has several levels to compete in. Basically, you have to design a certain type of clothing and dress up your avatar and complete the requirements of that event to pass. 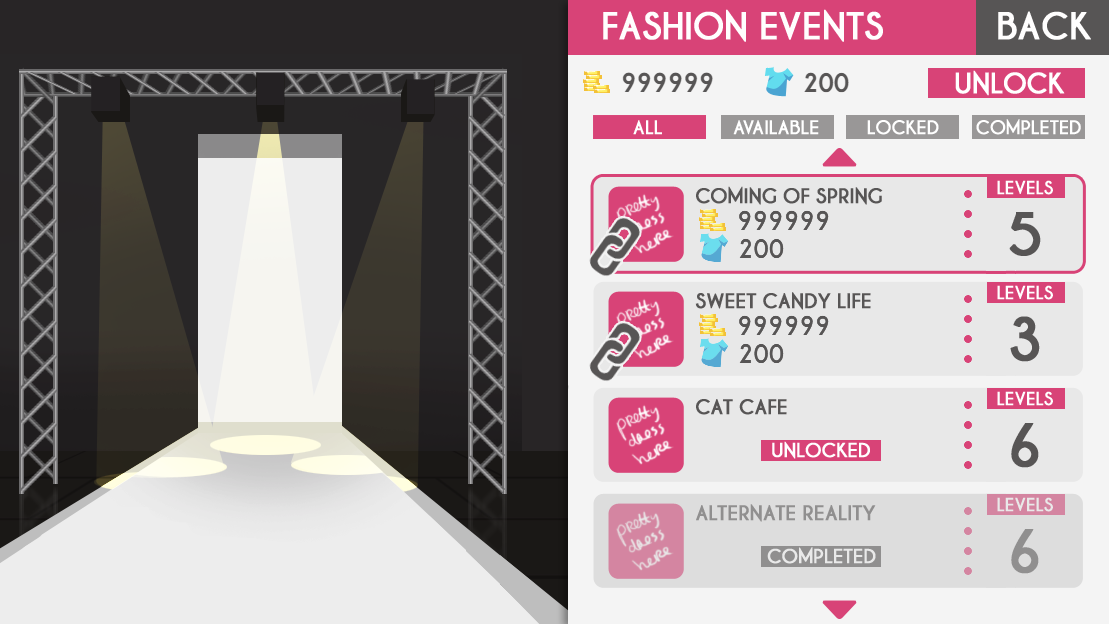 Every clothing part will now have certain attributes. There's four fashion styles an item can be (up to two at a time). You can combine them to create more fashion styles, however if you have all four of them present, you get a 'disaster' fashion style which never gets accepted. Anyways, now that parts all have styles, the fashion event will ask you to wear clothing in that fashion style, plus any colours or patterns that they may want as well.

For example, one level of the fashion event might ask you to create something in the Cute fashion style, and use the colours pink and white, but nothing with blue. So it's up to you to create a piece of clothing like this and dress up your avatar to match (don't use blue accessories!). This should give the player more freedom to design something pretty (instead of matching it exactly like the current clients), as well as challenging them due to added restrictions. 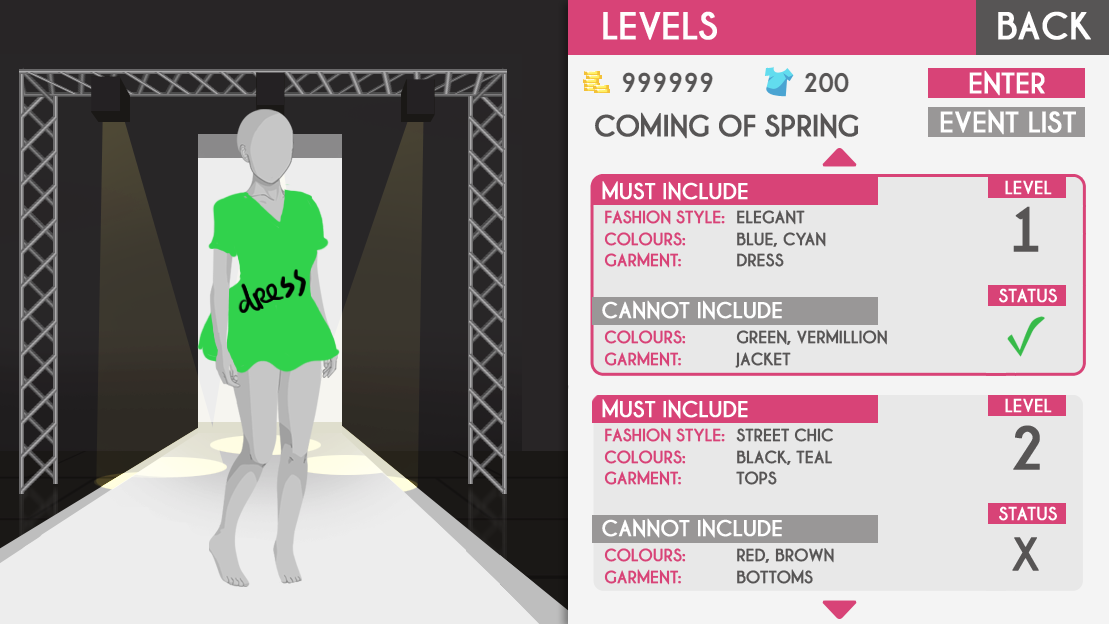 If you pass a certain level - you win part of an outfit! There will now be outfits you can win and collect. Outfits can range from full dresses, to tops, jackets, leggings, and shoes. Each level will allow you to win one of these. That means there's now an extra level added to Tailor Tales: collecting outfits.

These outfits will be drawn by another artist by the name of Rosariy. She has already started drawing a ton of outfits in preparation for this new system and she's done an amazing job. Here's a preview of one of the outfits:

Due to the support on Patreon, I'm able to commission her and I hope she'll remain on board as a steady artist! My goal is to have a bunch of outfits ready to be collected for the next public update.

New clothing parts
Speaking of outfits, I've also added new clothing parts. Three new skirts as well as one new top style have been added. Not to mention more backgrounds for the camera function, and handbags are finally a thing!

You can finally accessorize haha.

Now, onto the story portion of the game. Caine!

I've been making steady progress with Caine. His script is about 2/3 finished (87k words), and 17 chapters are currently coded into the game. Four CGs are finished (one mini CG as well). A ton of backgrounds had to be created for his route as well. Without further ado, here's a bunch of screenshots from Caine's route: 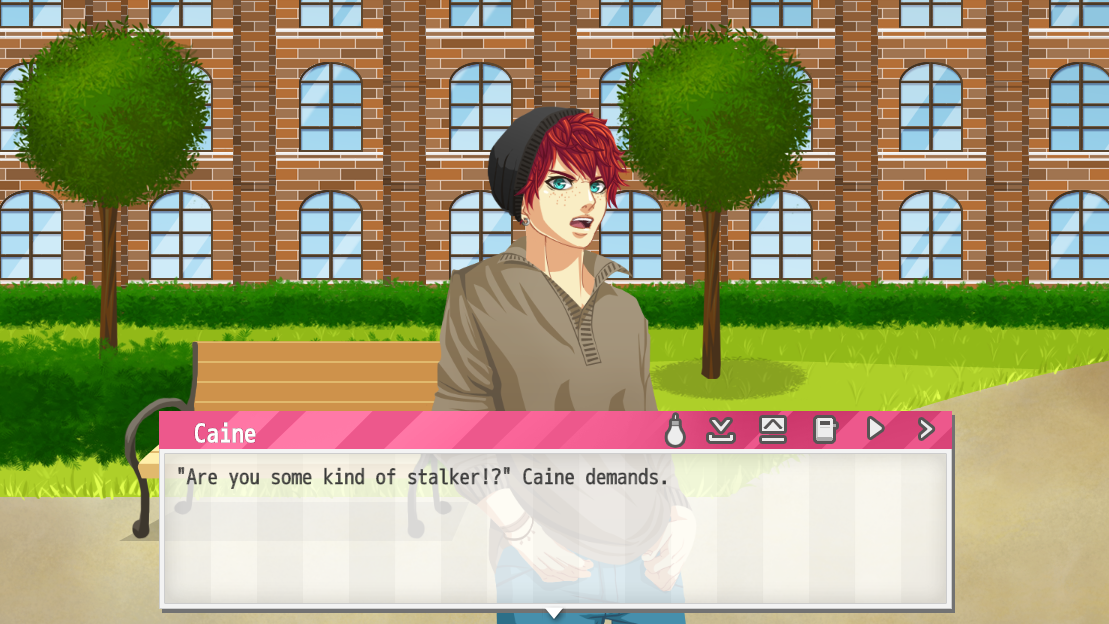 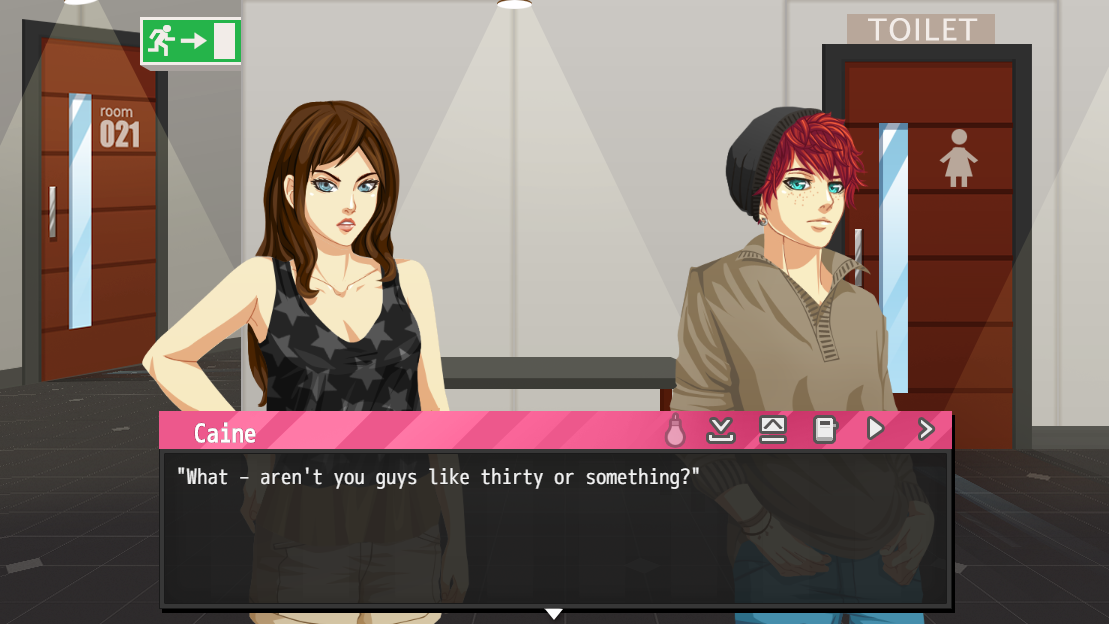 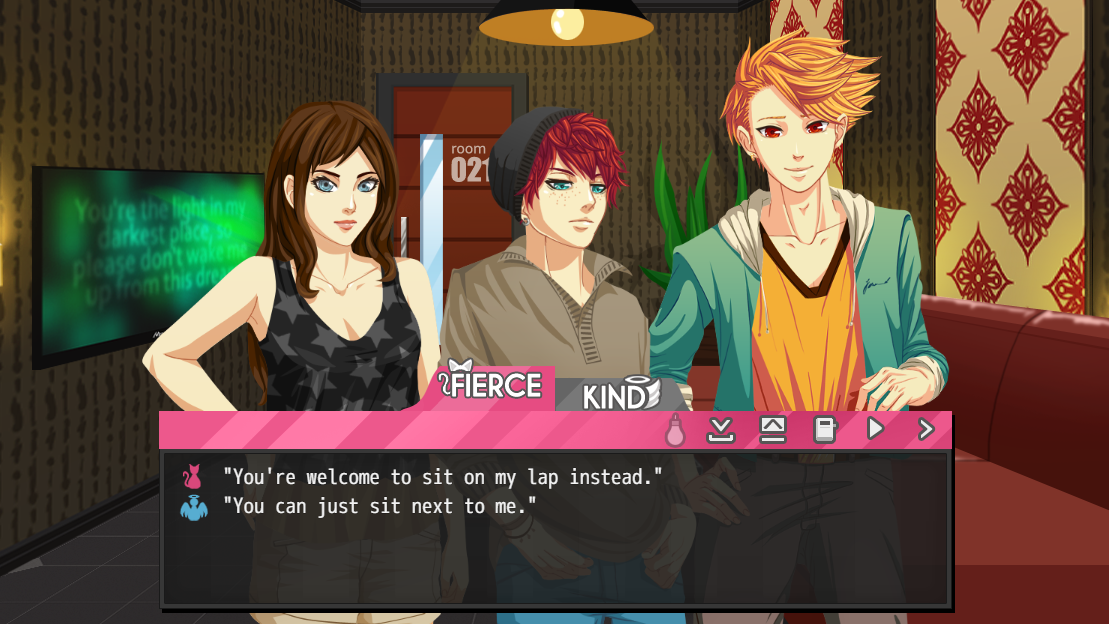 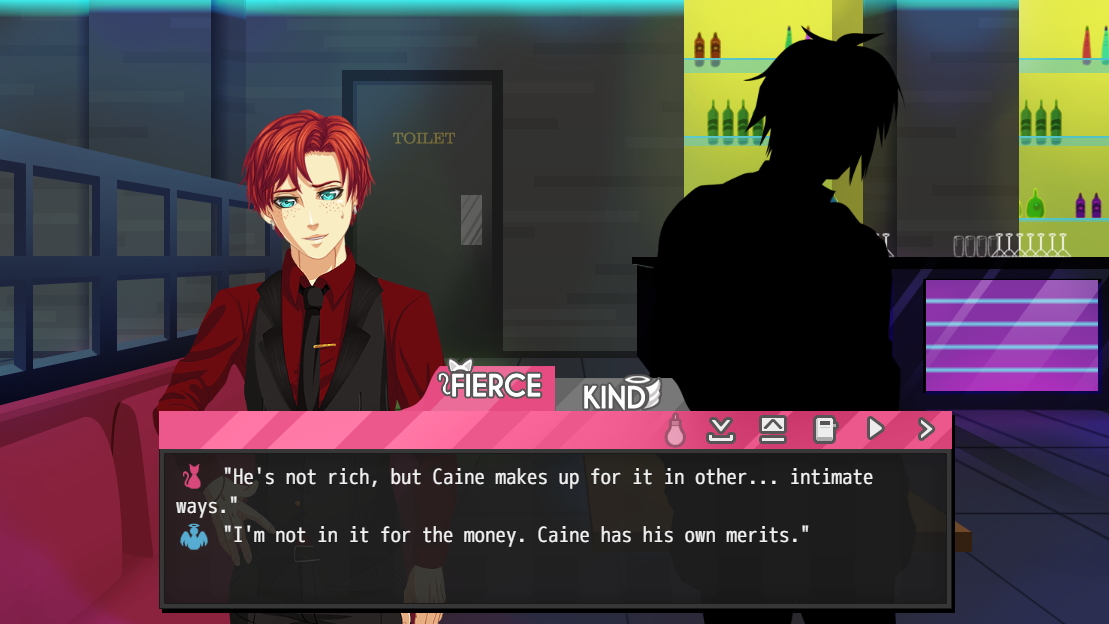 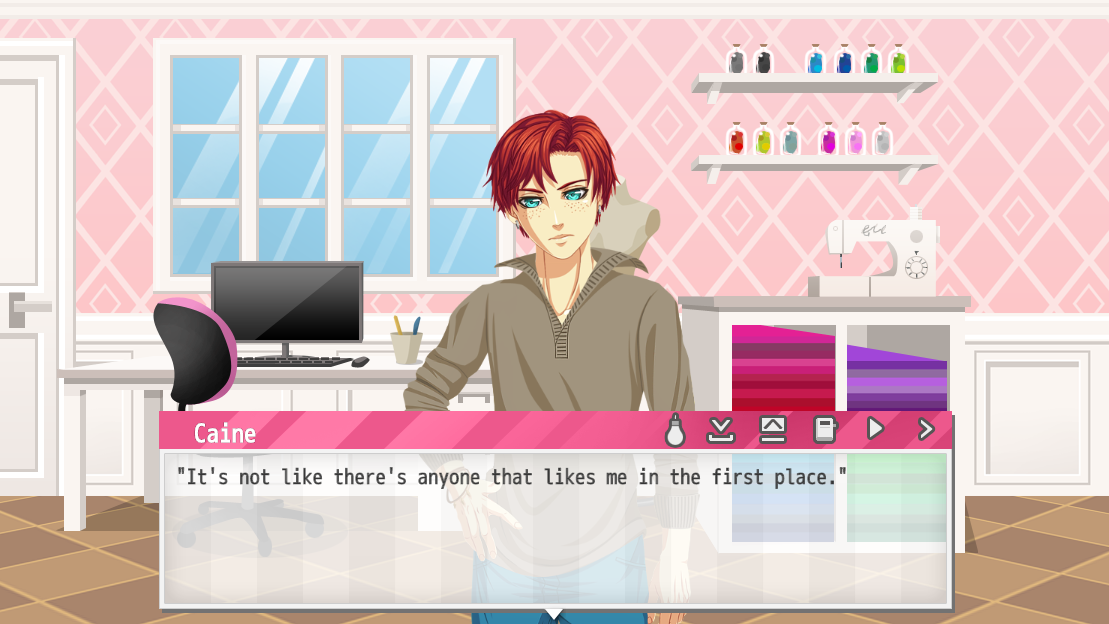 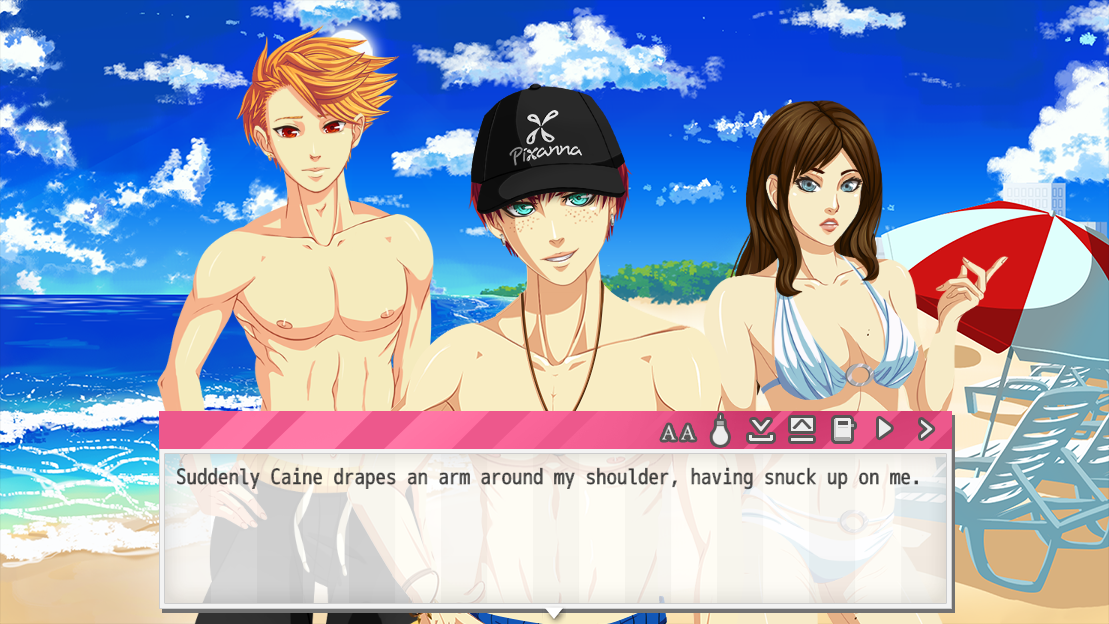 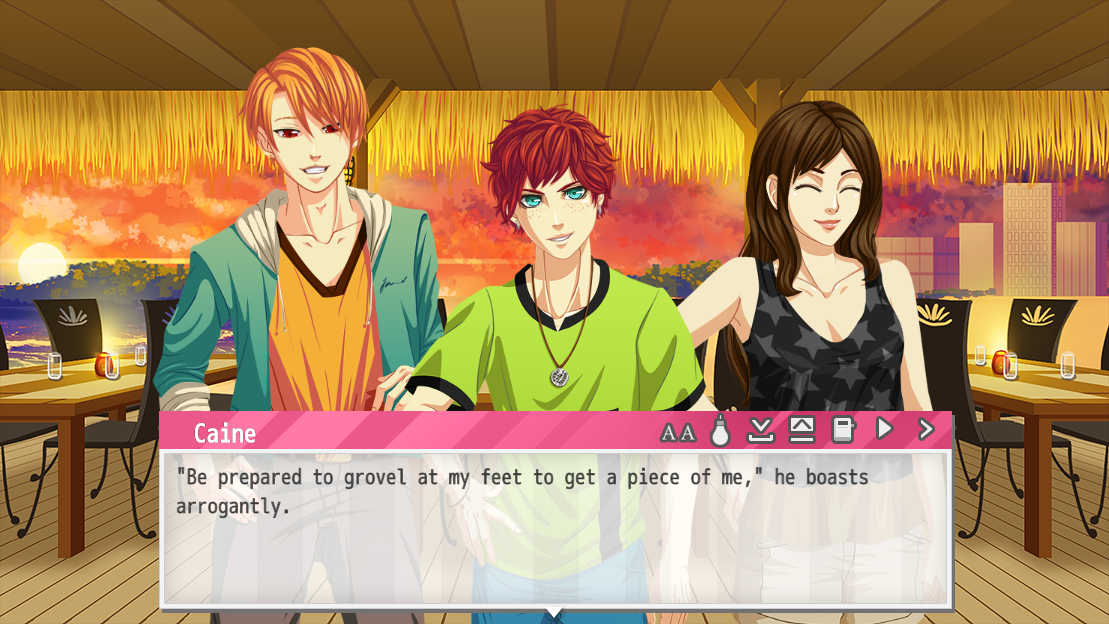 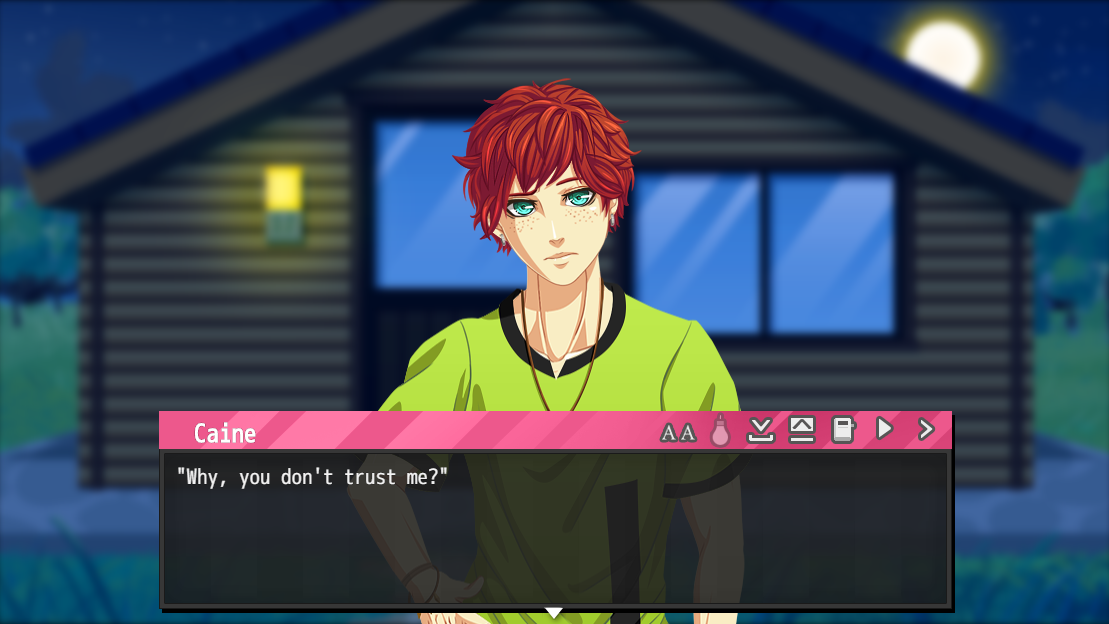 It's been a wild ride with Caine. If you're into grumpy tsunderes, or just feisty redheads in general, you'll adore his route. While Dimitri's route was the slow burn kind of romance, with Caine, well... he's just a spicy guy in general. So for Plus users, they can expect some smut in the middle of the route. I mean, it speaks for itself when Caine's 2nd CG is a kiss CG, hah! 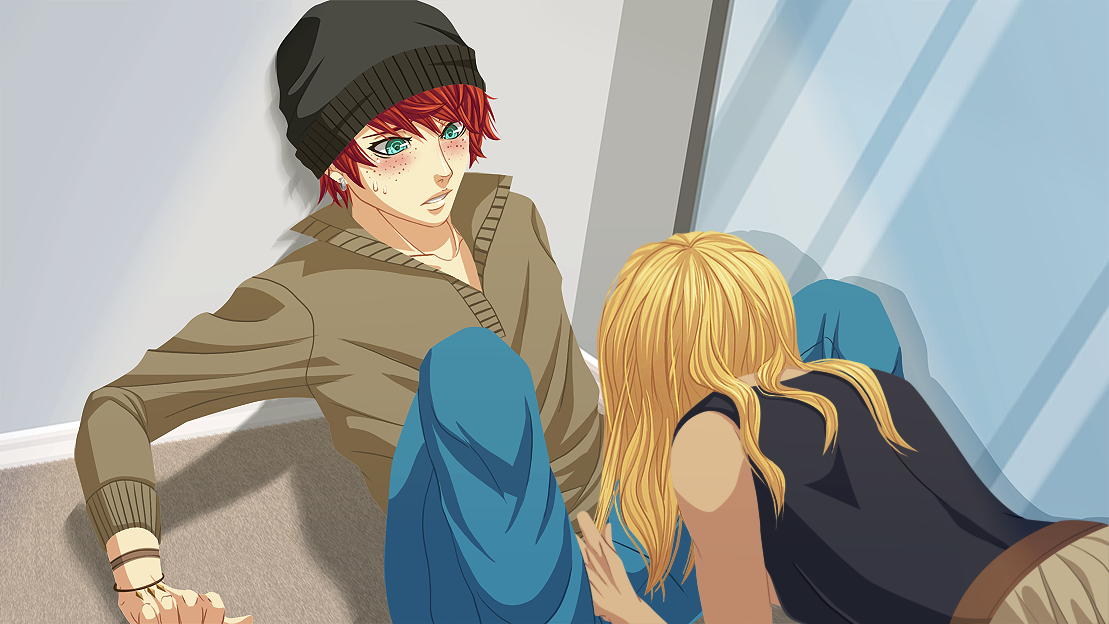 Next to Caine, I also added Neil's very first side story (Plus users only). His side story is a Point of View story of Chapter 12 (the ball). This means the MC is a character that actually has a sprite and even a voice. It took a lot of work to get MC's sprite right, considering you can change what she looks like (it uses over 200 images to work correctly!), but I pulled it off! Here's a couple of screenshots of Neil's side story: 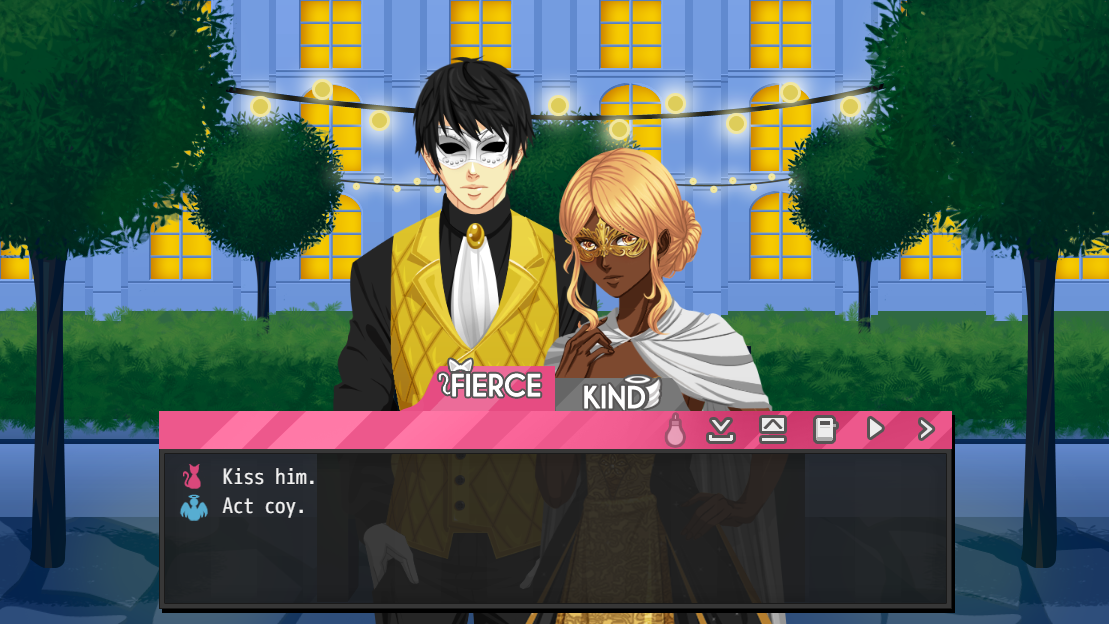 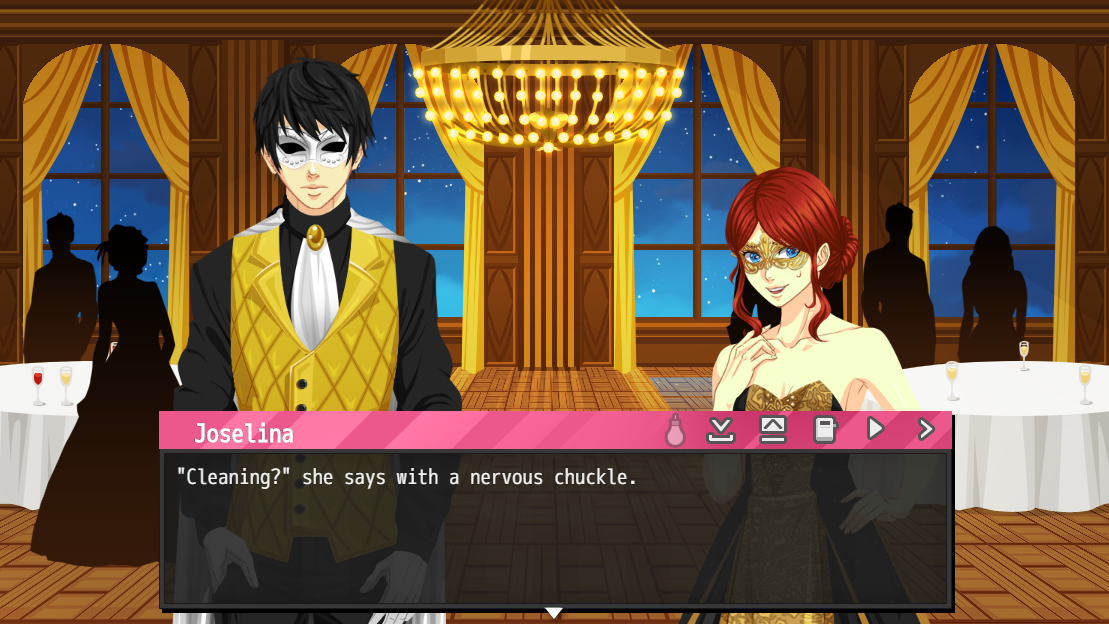 Yes you can still pick choices in a PoV side story! These are the same ones you could choose in the main route. And yes, the MC's voice can be toggled on/off, so no worries if you want her to remain mute. Players have said they enjoyed reading Neil's thoughts and see his point of view during the ball.

Anyways, sorry for not updating as much on the dev log here, but I can assure you, Tailor Tales is going strong! Don't forget to check the official blog, or even just pop into the Discord where I regularly share my progress.

OMG! I'm so excited! I love this game so much, can't wait for Caine's route to be released so I can play again! >_<

You've put show much effort and thought in your work and its honestly amazing! Keep up the great work!! I can't wait to finished product :)

So excited and eager for updates! Love this game! <3

AHHHH IM SO EXCITED!! You put so much hard work into this I can't wait for the release :')!!