Update in a month!

Tailor Tales will get updated with Dimitri's route in January! That's next month! It will also include Caine's 1st chapter as a preview.

Testing has been thorough and the game has been polished repeatedly, even including some new Neil content. It's safe to say we're finally out of beta testing. Caine's route is also well on its way, with his first 8 chapters already programmed into the game (4 available through the Patreon).

To celebrate Dimitri's upcoming route, here are a bunch of screenshots from his route! Minor spoilers. 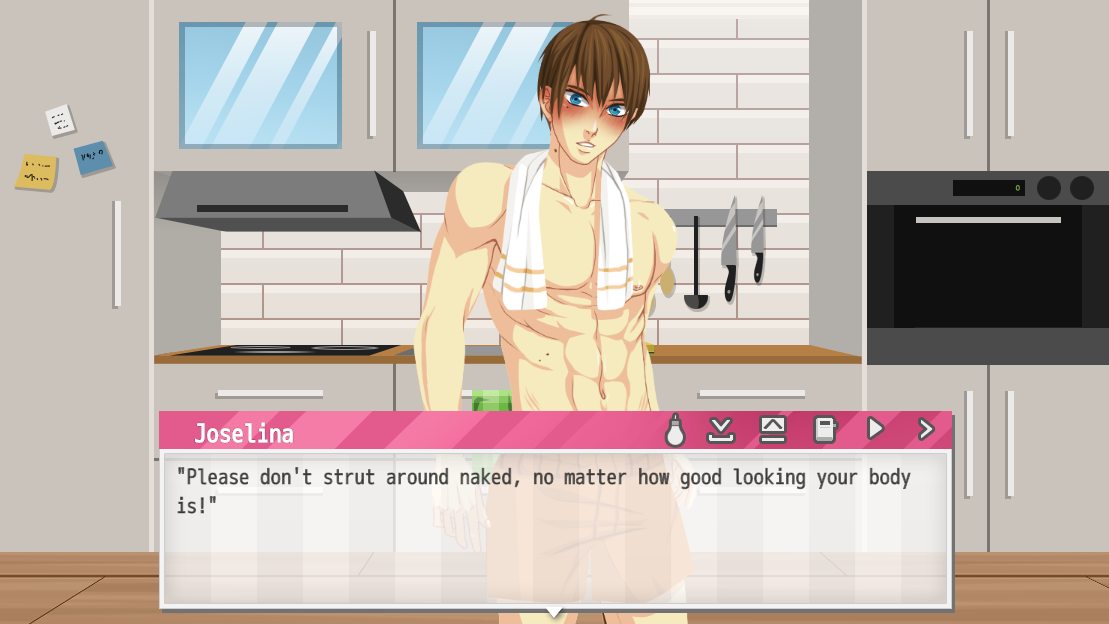 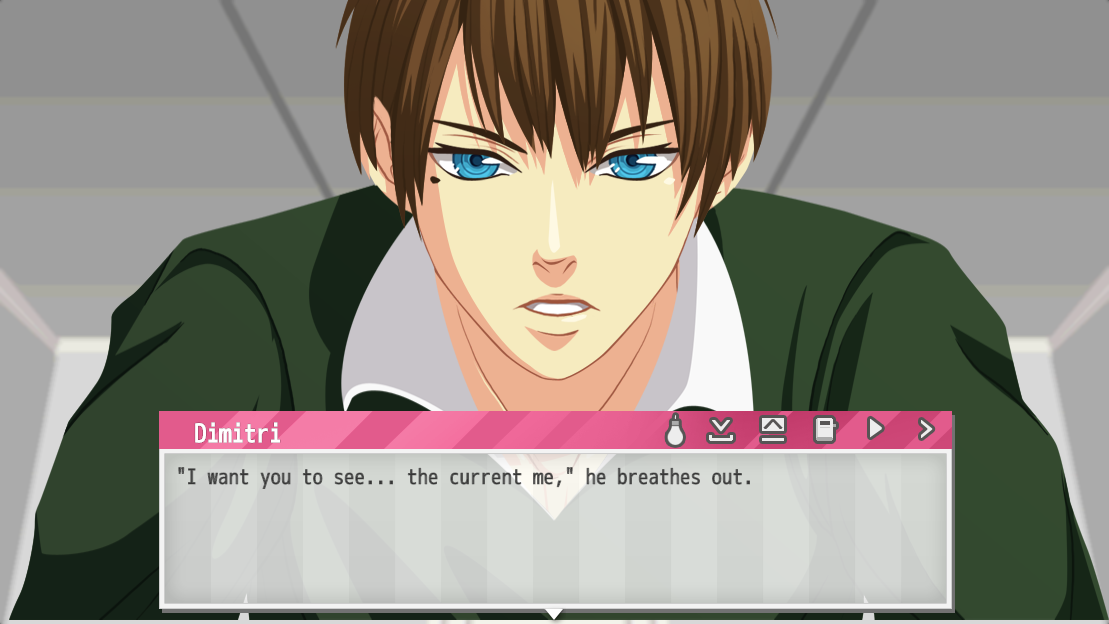 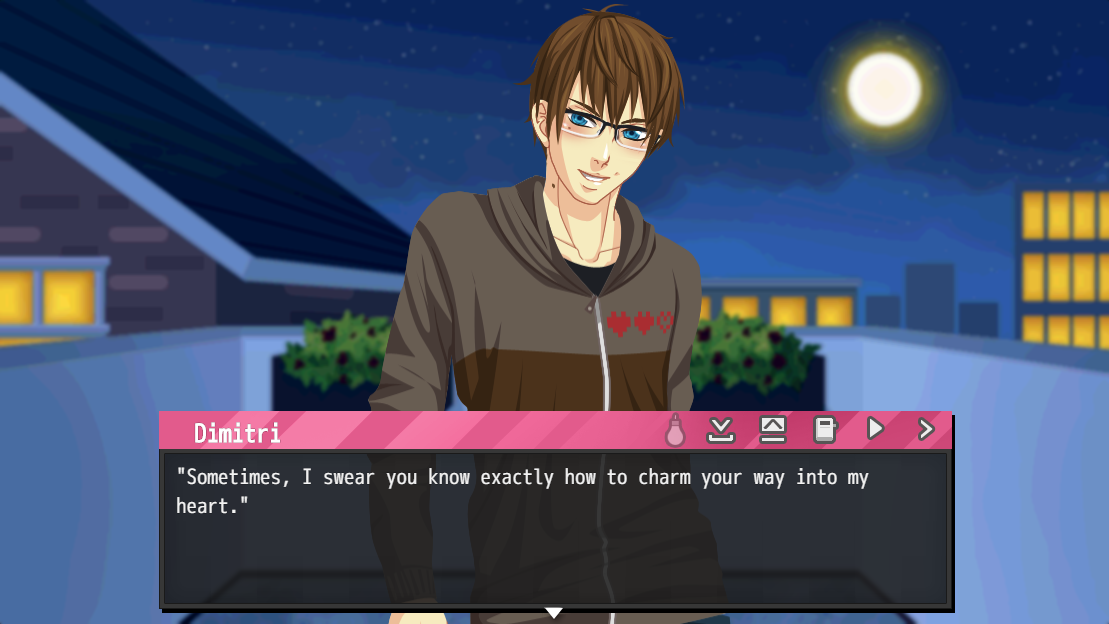 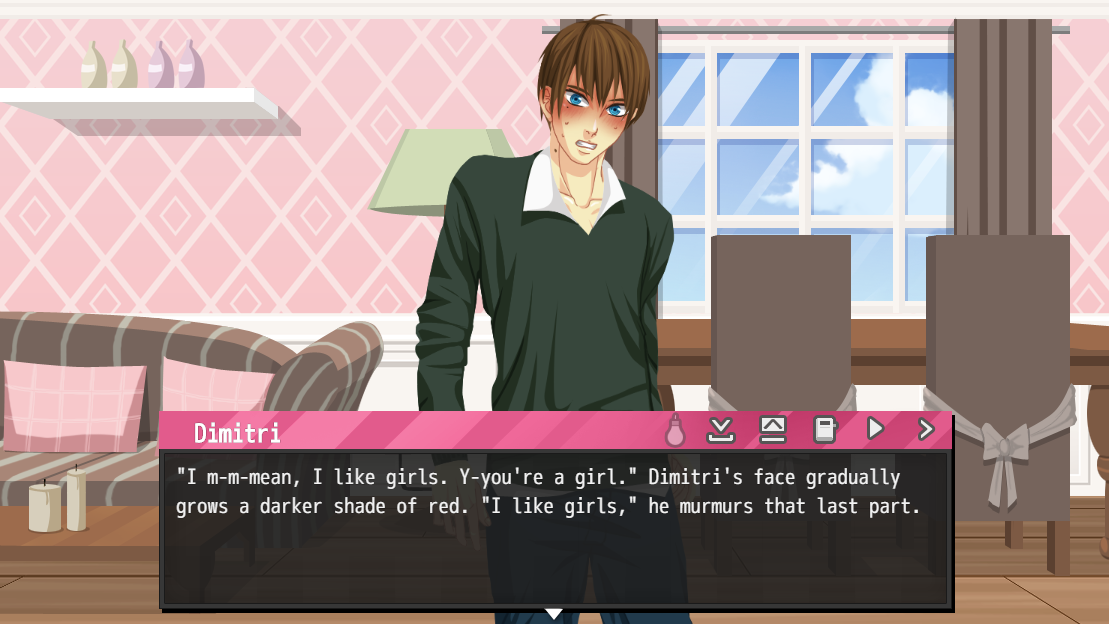 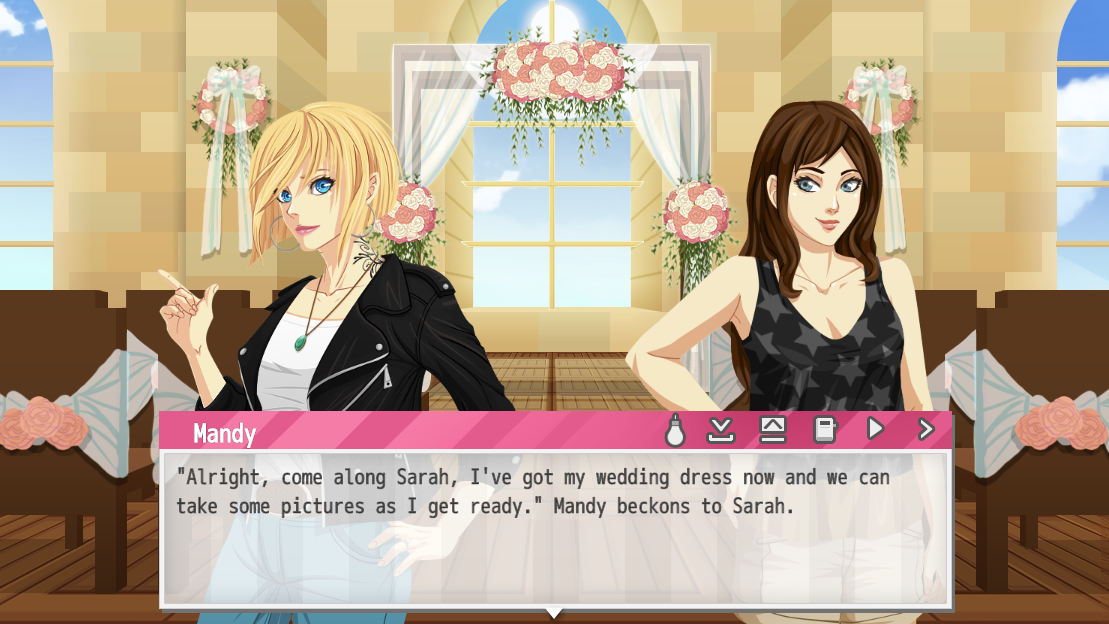 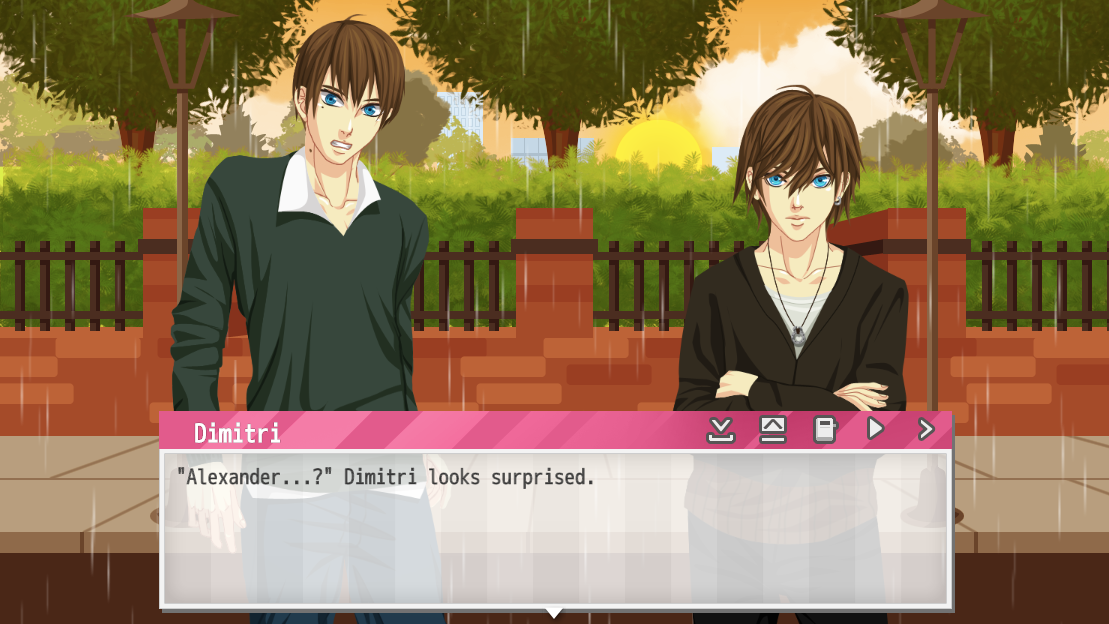 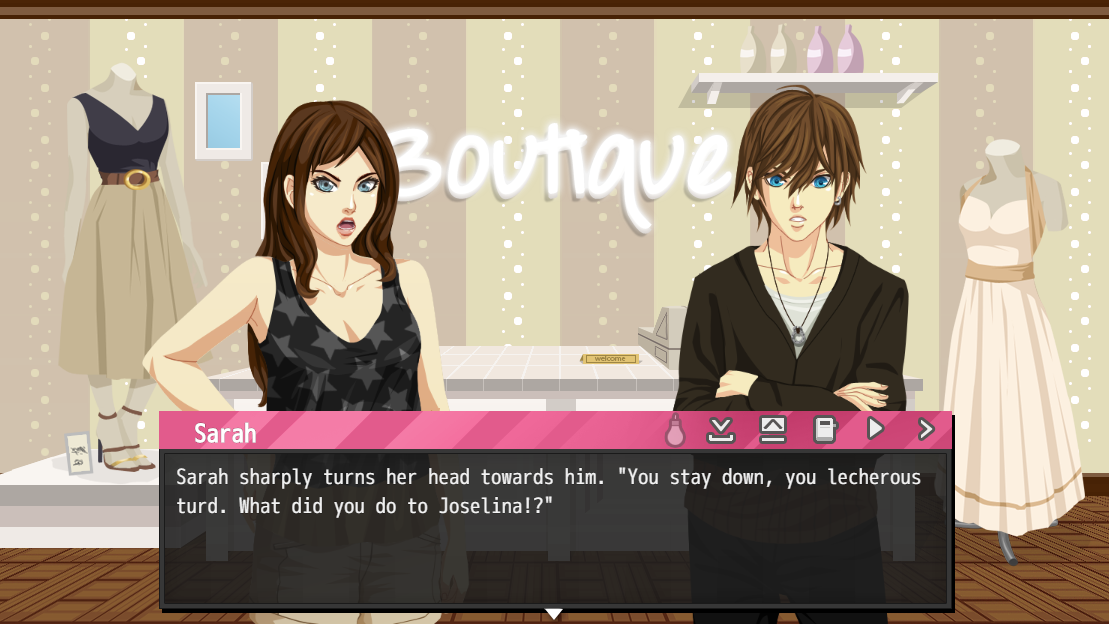 Great! I'm glad I found this game two days ago (I have finished reading Neil's and I think it's really great. ). Will I be able to update without losing my current progress?

You will lose your current progress, I'm sorry. The build you're running is over a year old (September 2017 to be exact), and the game has been changed so much, there's no way your save file would still work.

However, for the people that have played before, I'll be including a password with the latest update that will unlock Neil's route for them so you can easily reread it. Also, from now on, your save file will stay compatible with future updates :)

I hope you will try out reading Neil's route again in January, he's got a new scene in chapter 11 and a new CG in chapter 20. Not to mention the overall quality of the game has been polished (characters' mouths are now animated).

The new update will be released around January 10, provided I don't run into anymore bugs and have a stable build!

I seriously can't wait!! Dimitri is such a sweetheart and I loved Neil's route so much omg the biggest heart vibes for that shy boy.

Don't forget to play Neil's route again as well! He's got one extra CG (chapter 21), and an extra scene in chapter 11. Not to mention just more polished in general. I hope you enjoy Dimitri's route as well :)

Is there a way to throw money at you without committing to Patreon?

You're totally allowed to only donate a single month to Patreon and then cancelling your pledge afterwards! :)

If you really wanted to offer money, you could buy one of my resource packs for video games that is my primary source of income.

Thanks, I'll take a look!

I will try and see if I can get a Mac release. I just need to find someone who has the same engine as me and owns a Mac as well.

huh...? are we moving backwards?

What do you mean?

Dimitri's complete route hasn't been published to the public yet :) That's what the January update will be about, Dimitri's full route!

Haha yep, Patrons already had Dimitri's full route back in October I believe. You get the perk of early access ;)